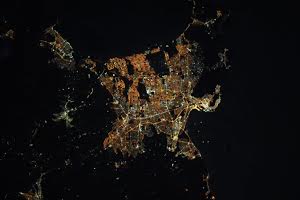 A NASA astronaut has shared stunning images of the Mother City at night from his perspective on the International Space Station (ISS) currently orbiting in space.
Colonel Douglas Hurley, an American engineer, former Marine Corps pilot and current NASA astronaut shared the mesmerising images to his official Twitter page. The images show aerial views of Cape Town, Johannesburg and Pretoria brightly lit up.

The ISS is Earth’s only microgravity laboratory. The modular space station is in low Earth orbit, and hosts a number of science and technology experiments to study the impacts of long-term spaceflight to humans, supporting NASA’s mission to push human presence farther into space.

Every 90 minutes the ISS circles Earth, travelling at about 17,500 miles (28 000 km) per hour. The viewing opportunities are thus very short, with most only between 1 and 6 minutes long.

Locals are also encouraged to see if they can spot the ISS in orbit. Here are your next opportunities to see it for yourself in Cape Town from Saturday [July 4] through to Sunday [July 19], according to NASA: 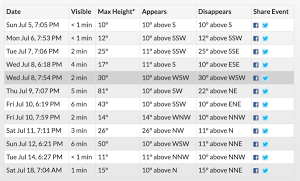