Cape Town’s drought has broken, and the city appears safe from Day Zero through 2019. But we are very far from being out of the woods regarding water…

Do you hear that? It’s the sound of toilets flushing in Cape Town. Soggy, wet days have broken Cape Town’s drought, but business-as-usual processes will keep the national economy at risk.

Why? Because sanitation is the most important medical advancement in the past 150 years, according to the British Medical Journal. And besides this, the reliable, safe supply and removal of water is crucial for the economic wellbeing of cities and nations. Yet South Africa’s attitude towards water management reveals a flippant disregard for its value and the danger posed by an insecure supply.

Cities and towns are just one poor rainfall season away from this worst-case scenario.Dhesigen Naidoo, Water Research Commission.

South Africa, among the 40 driest countries in the world, has allocated almost all of its water and so new water sources will need to be found to maintain even a modest level of economic growth.

In Cape Town, Day Zero has been delayed by “the control of agricultural use, more information, higher tariffs and water savings”, said the University of Cape Town’s Professor Anton Eberhard. If Cape Town were to run out of water, the crisis would quickly balloon to a national emergency, as massive outward migration would “drive up water use in other parts of the country and increase the dangers of overexploitation”, said Zachary Donnenfeld, a senior researcher at the African Futures and Innovation Programme

Beyond the widespread dehydration, a shrinking agricultural sector, investor panic and possible security implications of Donnenfeld’s scenario, Dhesigen Naidoo, chief executive of the Water Research Commission, continues the dire prediction: the 10 percent decrease in agricultural yield would wipe out 20,000 jobs and decimate farming communities. “While the city of Cape Town represents an extreme, many South African cities and towns are just one poor rainfall season away from this worst-case scenario,” he said. 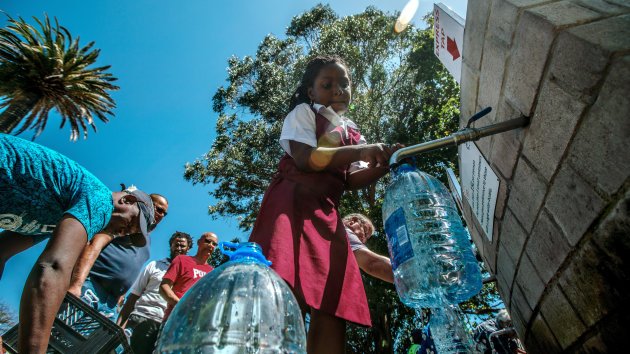 In 2014, 2016 and now again in 2018, new projected domestic water demand and supply advisory reports have been released for South Africa that read like introductions to apocalyptic science fiction plots as a Day Zero scenario in rural areas tips the fragile balance in urban areas.

Firstly, South Africa’s careless water culture means that the average individual’s daily usage is 235 litres, way above the global average of 173 litres. This figure is likely to be far higher in South African suburbs, considering that easy access to pressurised water means that wealthier households use exponentially more than those who collect it in containers on the outskirts of the city.

Smaller municipalities across South Africa have fallen further and further behind in their ability to repair or replace ageing infrastructure.

Another national trend is not to treat and reuse wastewater. In 2017, four years after the department of water and sanitation ceased publishing the Blue and Green Drop reports, which detail the condition of treatment facilities, NGO AfriForum found a 100 percent increase in the number of facilities that failed to meet national water-quality standards, to now include two-thirds of local treatment plants. These failures lead to significant health risks for nearby communities, where girl children are statistically worst affected by polluted water as they are often the weakest members of the community.

On average, 41 percent of the nation’s municipal water is lost through leaks and is considered non-revenue water as it cannot be billed for, the water and sanitation department said in 2017. In 2016, leaks were found to equate to a R7-billion revenue loss each year. Cape Town has held that number to a commendable 15 percent, but even with techniques such as pressure demand management and increased efficiencies, it was not enough and farmers had to take the Day Zero hit so that the city’s residents didn’t have to. 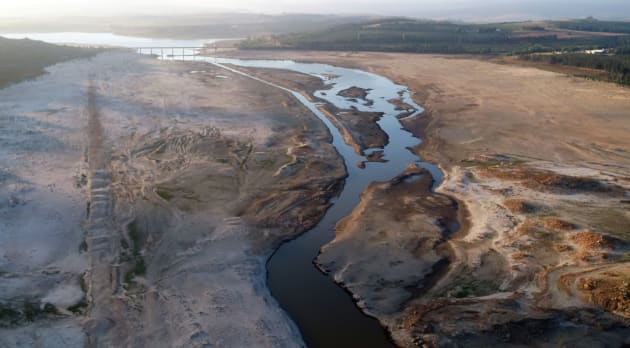 Smaller municipalities across South Africa have fallen further and further behind in their ability to repair or replace ageing infrastructure. And as Ian Palmer, a director of development consultancy PDG, put it in 2011: “The problem with rehabilitation is that if you do not keep up with it, the cost of doing the work, when this eventually becomes possible, just escalates.”

Currently, the department of water and sanitation estimates that the investment gap over 10 years varies from R330-billion on new infrastructure to up to R1-trillion if all infrastructure maintenance, upgrades and planned initiatives were considered.

Municipalities owe R7-billion on their water and sanitation bill, but are unable to pay, in part because they carry total debts of about R43-billion to various creditors. According to Treasury’s chief director for local government analysis, Jan Hattingh, households and citizens owe R83-billion to their municipalities, commercial entities R27-billion and various state institutions owe R7.4-billion. The water and sanitation department is R4-billion in the red and the national treasury has recently significantly reduced their overdraft facility.

It is clear that former water and sanitation minister Nomvula Mokonyane did not expect municipalities to pay their bills, neither was she willing to cut supply for non-payment. But in November 2017, she appealed to the private sector for help at a water infrastructure investment summit. There was no “new money in the fiscus”.

Significant investment and strong political will to break the downward spiral of South Africa’s water supply is critical, and will work best if partnered with civil society.

Over exploitation of rivers means less water for dams

South Africa is clearly overexposed in its dependency on surface water. The normal water cycle means the rain fills rivers, which then flow into the dams. However, as climate change and mismanagement dry out parts of the country, dams are not being filled, leaving levels perilously low. In addition, the degradation of water sources such as catchment areas, wetlands and marshes means that less water flows through into rivers, and problems around this reduced flow are compounded by the heavy extraction by surrounding commercial and agricultural users.

Significant investment and strong political will to break the downward spiral of South Africa’s water supply is critical, and will work best if partnered with civil society.

The threat of South Africa having a 17 percent water supply shortfall in the next decade is very real, the water and sanitation department has told Parliament, with the predicted economic insecurity negatively impacting the economy.

Discussing the new report, A Delicate Balance: Water Scarcity in South Africa, Donnenfeld concedes that while no one can be sure how much rain will fall, it is abundantly clear that South Africa is living beyond its water resources and the problem is becoming more expensive to fix by the day.

Some simple answers to systemic issues are that through making water more expensive to use through tiered pricing, new building codes, increasing wastewater treatment, using more groundwater in agriculture and, importantly, by moving away from coal-fired power plants, “the country can bring its water sector back into balance”, Donnenfeld said.

A clear result of Cape Town’s Day Zero campaign is that increased demand has pushed the city authorities and its residents to the place where both need to improve their water habits dramatically. Just how successful this “new normal” will be is to be seen in headlines and the fact that the taps stay open.

Thanks to the rain, Cape Town’s dry-run of a Day Zero scenario played out to a reasonably happy ending. The lesson for the national government, and the officials at Treasury, will hopefully precipitate action sooner rather than when it is too late.

Alan Cameron runs Places Plus, a placemaking consulting firm working to revitalise public spaces, parks and the pedestrian areas of urban centres and mixed-use developments with the

OPINION: Cheers to a prosperous 2020!

BMG is organising a Food and Beverage Expo at the Hazendal...

February 16, 2020
“This specialist food and beverage event - which follows the success of the Johannesburg expo held in September last year - will showcase BMG’s...

The @SchneiderNA Modicon M262 is designed for #Logic and Motion demanding machines. With its features, it’s a versatile controller even more when #communication in the plant or to #TheCloud is required. https://bit.ly/39qeEbP #PumpTalk #Industry40

The Grey Boutique Hotel to launch in the heart of Cape...

What Cape Town’s new number plates will look like

Amazon servers are now in Cape Town, making for much faster...