Home » Uncategorized » “Eskom, get your house in order.”

Finance Minister Nhlanhla Nene has called on Eskom to get its house in order, saying its problems are hurting the economy.

Nene said he was “extremely concerned” about the situation facing the power utility. Since 2008 Eskom has been tilting from one crisis to another, adding to the country’s economic challenges. Ageing infrastructure and poor planning have forced the utility to institute massive power cuts to save the grid from total collapse.

“We are extremely concerned with what is happening at Eskom,” Nene said. “Government will do its part to assist the power utility but the day-to-day operational issues are Eskom’s responsibility.”

Eskom, whose problems are now seen as most damaging to confidence about South Africa’s standing as a reliable investment destination, faces a R225 billion funding gap and delays in commissioning two of the country’s newest power stations – Medupi and Kusile.

In his Medium-Term Budget Policy Statement last October Nene told Parliament that government planned to raise at least R20bn through the sale of non-strategic assets to plug the funding gap in Eskom.

Nene said Eskom would be allowed to borrow R250bn over the next five years. But in the most immediate term, Eskom continues to burn cash faster than it can keep the lights on. The utility is spending close to R2bn a month to run the diesel-guzzling open cycle gas turbines to supplement power generation.

Nene said a bailout would not be appropriate and focus should be on putting Eskom on a sustainable path and make it viable in the long term.

On Friday last week, media reports quoted Public Enterprises Minister Lynne Brown as saying: “Eskom will run out of money by the end of January.”

Barely two weeks into the new year Eskom was again implementing load shedding on Friday as demand spiked ahead of the resumption of business, industry and schools this week following the holiday lull. 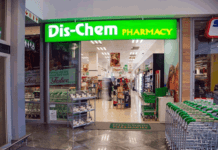