Cape Town-based SA Five Engineering (Pty) Ltd. has largely concentrated on the oil and gas industry since the late 1990s and has built its reputation as a major player in the Western Cape market. It was a key participant in the first FPSO (Floating Production Storage and Offloading) project ever undertaken in Africa, which was completed in early 2000. Having built a strong presence in this sector, it is now looking to its core process plant business for its growth prospects, actively tendering for projects across Sub-Sahara Africa.

Managing Director Billy O’Brien believes that SA Five Engineering’s key strengths and the secret to its 25-year success lies in the expertise and hands-on, professional management team boasting a wealth of experience in conjunction with its highly qualified young engineers. The team shares a vision of a cost effective, quality driven organisation with a zero tolerance policy to safety issues.

Established in March 1991, the company has been built up over the last 25 years by a well-established, hands-on, professional team of directors, management and staff – many of whom have worked together as a mechanical engineering contracting team for over 40 years, which is undoubtedly key to the company’s success.

“SA Five Engineering has developed into one of the most professional, reliable and efficient contractors in southern Africa. This position has been secured by adopting a policy based on uncompromising quality, tried and tested expertise and an excellent safety record, benefiting our clients, employees and shareholders,” says O’Brien.

The company’s head office and workshops are based in the Western Cape – giving the SA Five team the ability to transfer their knowledge, professionalism and efficiency across the southern continent. From this base, project teams have carried out major projects in Angola, Gauteng, Free State/KZN, Mossel Bay, the Northern Cape and Nelspruit.

“In Johannesburg we have completed major projects for WSP and Kelloggs, especially for Tongaat Hulett Starch where we were the main mechanical contractor on the Klipriver, Greenfield’s Project. We have also been involved in the upgrade on the Wet Mill and DE4 Projects in Germiston as from 1993. We are still a preferred contractor for all their work at Germiston, Klipriver and Meyerton,” O’ Brien continues.

In the Western Cape, SA Five Engineering has filled major contract roles at key point installations, including the Koeberg Nuclear Power Station and Chevron Refinery. The company is continually involved in capital projects and maintenance for clients such as ArcelorMittal, De Beers Marine, Siemens, Sandvik, Namakwa Sands, Veolia Water, Transnet, Proxa and many more – especially in the chemical and food industries.

SA Five Engineering has over three hundred and fifty employees, all highly skilled in the piping, mechanical and structural engineering fields, with all welders coded to a minimum ASME IX qualification.

It is a point of pride that all company directors in executive roles and top management is available to clients at any hour, enabling the decision making process to proceed at pace.

“Our philosophy of managing projects with strong on-site teams operating as self-contained units headed by a resourceful project manager, has been a great success across Africa.”

SA Five Engineering is certified in accordance with the requirements of SABS ISO 9001:2008. This guarantees high quality of workmanship, plus recording and traceability to facilitate future modifications, expansions and replacements.

The company is one of the few mechanical engineering companies in the country with a BEE rating of 6 and a CIDB rating of 8ME.

Full time Safety and Personnel Managers safeguard the company’s safety and welfare policies, ensuring that all the facilities (offices, workshops and contract sites) are fully compliant with safety legislation. This strict policy applies to all staff across the board.

Its workshops are serviced by overhead craneage and enable SA Five Engineering to produce work at competitive prices, whilst maintaining a high degree of quality.

SA Five Engineering can assist anyone who wants an innovative and dedicated contractor on their premises. Its services include proposals and budgeting, project/contract management, procurement, fabrication, installation as well as maintenance and conceptual design.

Some contracts in the last few years include:

Today, SA Five Engineering is one of five companies within the SA Five Group, backed by international shareholder Ashley Industries of Aberdeen, a multi-disciplined company focussing on the oil and gas industry.

Other companies in the group are: Air Options, RH Mechanicals and RNB Engineering.

These systems service mainly the light industrial and commercial air conditioning industry and are designed for air conditioning systems that use both chilled water and direct expansion refrigeration as the cooling medium and can be customised to a client’s needs.

RH Mechanicals (Pty) Ltd. has been part of the SA Five Group since 1995 and specialises in the welding of exotic metals for nuclear energy plants. It is based at Koeberg Nuclear Power Station.

RNB Engineering (Pty) Ltd. is a mechanical engineering contracting company that specialises in high and low pressure piping for the petro-chemical, food, textile and medical industries and water treatment systems. 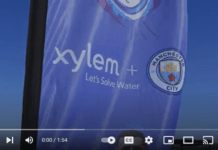 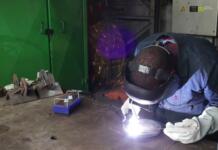 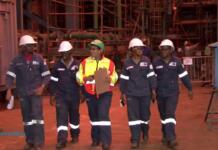 Business is feeling the pinch of South Africa’s strained economy

CRDC EcoArena – turn any plastic – dirty or clean and...